I've been here for...I don't know how long it's been. There are no clocks and no windows in my small room. Every time I wake up, I leave a mark on the wall.

I'm alone in my cell, but not the only captive here. We speak to each other through the walls. None of us knows why we're here, but our last memories before waking up here are the same: we were interviewing for a job, gas filled the room we were waiting in, and then...we woke up here. Wherever here is.

I'm the only one with some hazy memories: I was strapped to an operating table surrounded by masked people quietly talking over me.

All I know is they've been testing something on us. I have needle punctures and suture scars all over my body. So far, no one has felt much difference except for occasional vomiting and dizziness.

I'm ready to give up. There is no way out, no way to get help from outside. We don't have any control over our lives; we can't keep ourselves awake, we can't even kill ourselves.

Everything has changed. We woke in alarm from Steven's shouting. I don't know what happened to him, but he lost his mind. Security ran in as Steven escaped from his cell. The guard opened fire but Steven was an unleashed beast and smashed the guard's head against the wall and fled. I heard a lot of noise outside and a lot of yelling, then dead silence.

I was shocked trying to figure out what happened. How did Steven get out of his cell? How did he survive the point blank gunshot?

Not did I have any clue, the alarm went off. "Code red, code red, all personnel evacuate from your labs immediately, the research center will self-destruct in 75 minutes."

After calming down, I now realize that this is it: our only chance of getting out of here. Or die.

After lots of testing this game is now available for booking in both English and Mandarin. Get 10% off during the first month (2019 Feb 22 to 2019 March 22) and get another 10% off if you Check in or like us on any social media.

You and your friends were camping in a remote forest to enjoy the quiet of being away from civilization. One evening while you were chatting after supper you got a radio broadcast message thru your walkie-talkie.

"If anyone can hear me, we have a malfunctioning transformation station in your area that needs your help, please respond!" The woman on the radio said.

You responded to the call and started a conversation with the woman and was told that they were looking for volunteers in the area to assist them to resolve the issue, which should be as easy as turning off a switch.

You also figured that the coordinate of the station was just a few kilometers away. It's weird as you were really far away from the grid and why was there a transformer station so close to you. Although there were questions to be asked, you decided to go. There was nothing to lose for a short hike after a meal...

You arrived at the coordinate and realized that it's apparently not a transformation station but a military base.

The woman in the radio said she lied to you and this building is indeed a military base, a nuclear missile launch facility to be more specific. However, one thing was true, that is they were in trouble, big trouble.

In fact, she is a commander. They have lost contact with the crews in the facility, even worse they suspect that an experimental artificial intelligence in there is trying to launch the nuclear missile in the facility.

This is an emergency situation. It will take them at least 1 hour to get there and they may just eliminate the facility entirely by air force if the situation turns really bad. Therefore, the commander wanted you to go inside the facility first and see what exactly is going on. If possible, just unplug power of the AI and stop it from doing any damages as soon as possible.

After a short discussion, you decided to help, not just because of your heroism, but more because there is a chance for the nuclear bomb to explode right next to you.

Hurry up! There is no time. 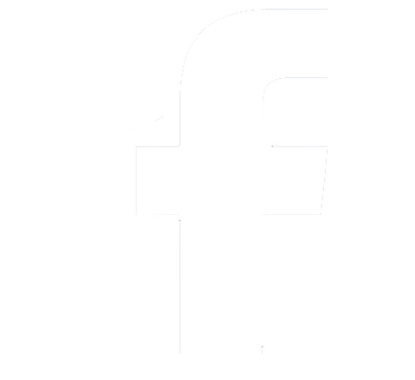 You may choose any date starting from tomorrow to the next 3 months. If you want to book a game for today please call us for availability.

You must arrive at least 20 minutes prior to the booked time for preparation and orientation. Late arrival will result deduction of game time.

A booking confirmation will be sent to this E-mail address.

Short notice of cancelation may be made by phone to avoid inconvenience caused by rare but unexpected incidents.

Price per person depents on the size of your group.

The game will be set up according to the chosen level of difficulty. You may choose your level base on the following guideline:

Newbie:
Normally not recommended, unless you only want to experience the story but not the challenges.

Standard:
Recommanded for groups who just want to enjoy the story-line.

Expert:
Recommanded for most groups who enjoy challenging theirselves.

Hardcore:
This is a special edition of the game,the game will be tuned to its max difficulty and no hints will be given during the game. Only teams that have at least one player who successfully escaped the easier levels of the game is recommended to play at this level of difficulty.

We can lower the difficulty level during the game if neccessary base on your actual performance to ensure a good overal experience.

All groups will be ranked based on the overal score and display on the leaderboard page with your permission.

The game will involve some physical agility challenge such as climing and crawling. Most of the players with good teamwork should not have too much difficulty with completing the standard level. Your selection of the physical challenge level will also affect your overal score.

Depends on availability, you may choose different language for your game.

1. I acknowledge that my participation in a Escape Revolution Design Studio Ltd's (referred to as "ERDS") escape game entails known and unaticipated risks that could result in physical or emotional injury, paralysis, death, or damage to myself, to property, or to third parties. I understand that such risks simply cannot be eliminated without jeopardizing the essential quality of the activity.

3. I hereby voluntarily release, forever discharge, and agree to indemnify and hold harmless ERDS from any and all claims, demands, or causes of action, which are in any way connected with my participation in ERDS activitys including any such claims which allege negligent acts or omissions of ERDS.

4. Should ERDS or anyone acting on their behalf, be required to incur attornery's fees and costs to enforece this agreement, I agree to indemnify and hold them harmless for all such fees and costs.